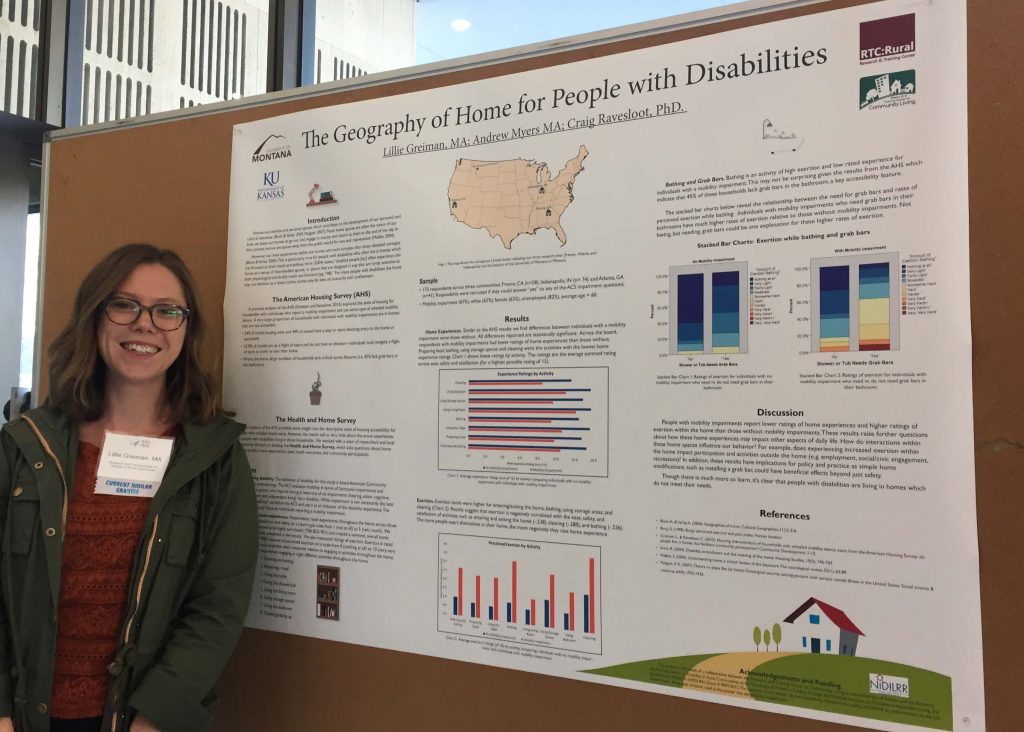 RTC:Rural Project Director Lillie Greiman in front of her poster titled “The Geography of Home for People with Disabilities” at the NIDILRR 40th anniversary celebration.

RTC:Rural Project Director Lillie Greiman traveled to Washington D.C. to celebrate the 40th anniversary of the National Institute for Disability, Independent Living, and Rehabilitation Research (NIDILRR). First funded by NIDILRR in 1987, RTC:Rural is proud to have been awarded seven Rehabilitation Research and Training Program grants to conduct rural disability research and be part of the NIDILRR network over the past 30 years.

“It was inspiring to see all the cross discipline and cross disability work that NIDILRR is currently funding and to learn about all the work that was funded in the past,” said Greiman. “NIDILRR has had a profound impact on disability research over the years and will continue to do so into the future.”

As part of the celebration, Greiman shared a poster titled “The Geography of Home for People with Disabilities.” The poster will be on display at NIDILRR offices. The research was a collaboration between RTC:Rural and the Research and Training Center on Independent Living at the University of Kansas.

“It was exciting that our poster, which explores housing access for people with disabilities, was accepted as this research reflects NIDILRR’s commitment to community based independent living research,” said Greiman.