Measuring Engagement in Context, the first colloquium in the series “An Ecological View of Disability for an Era of Community Living: Toward a Science of the Environment and Participation” took place in May 2014 and featured presentations from Drs. Gray and Lukacs.

Dr. Gray described a study he conducted in which he looked at the participation of individuals in public spaces and whether or not communities were receptive to providing accessibility in the built environment. He noted that in unreceptive environments with inaccessible features, people with disabilities had markedly fewer opportunities to participate and were more isolated from resources.

Dr. Lukacs described the process of tagging and tracking animals and the kinds of inferences researchers can make based on their patterns of movement. As a result of this exchange, participants in this first colloquium wondered about the possibilities of tracking real-time movements of people with disabilities in their environments as a way of better assessing the barriers they face while participating in their communities. 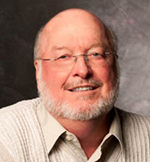 Dr. David Gray, a professor of neurology and occupational therapy at the University of Washington in St. Louis was a longtime advocate and champion of the rights of people with disabilities. Dr. Gray was a close collaborator with the RTC: Rural and participated in projects that advanced the science of participation and the environment for people with disabilities. Since his presentation at the first SOS Colloquium, we regret to share that Dr. Gray passed away. 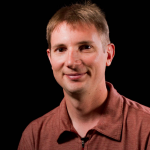 State of
the Science